5 Reasons You Should Watch Amazon’s new Lord Of The Rings TV show, ‘The Rings Of Power’…

news desk – Amazon’s new Lord Of The Rings TV show, The Rings Of Power, debuts on Amazon Prime Video. The Rings Of Power is an American fantasy television series based on the novel The Lord of the Rings and its appendices by J. R. R. Tolkien. Developed by showrunners J. D. Payne and Patrick McKay, It is produced by Amazon Studios with the Tolkien Estate, the Tolkien Trust, HarperCollins, and New Line Cinema and Amazon is expected to spend at least $1 billion on its production.

the series is Set thousands of years before the events of The Hobbit, the series will follow the forging of the 20 rings of power (three for the elven kings, seven for the dwarf lords, nine for mortal men, and one for the Dark Lord), per the title announcement. As any power tends to do, it corrupts the minds of those who held it, and following a time of peace, evil comes back to Middle-earth. The series also will likely visit iconic LOTR locations like the Misty Mountains and the elf capital of Lindon.

“The forging of the rings,” says showrunner Patrick McKay. “Rings for the elves, rings for dwarves, rings for men, and then the one ring Sauron used to deceive them all. It’s the story of the creation of all those powers, where they came from, and what they did to each of those races.”

1. The characters of series are great.

One thing that really bothers me about a lot of TV shows is how little effort goes into crafting relatable characters. Sometimes this means we get two-dimensional villains. Sometimes it just means we don’t care about anybody, heroes included. But The Rings Of Power already has me caring about characters like the Harfoot, Nori, or the rugged elven warrior, Arondir.

Galadriel, Elrond, Durin, Bronwyn and and every other character introduced in the sprawling two-episode premiere already have my attention. Some of these characters are also quite funny, and a sense of humor goes a long ways in any good story.

2. The musical score is epic.

Beyond the grand scope and scale of this production, there is the music of Howard Shore, who composed the score for The Lord Of The Rings trilogy, wrote the title theme for The Rings Of Power, and Bear McCreary (Outlander, The Walking Dead) composed the rest of the score. It’s simply outstanding, adding layers of drama and emotion to the show that simply wouldn’t exist without it.

McCreary said composing the score, which was recorded with a 90-piece orchestra and a 40-vocalist choir in London and Vienna, the latter singing in the languages Tolkien created for this world, was like “writing a symphony.”

“That means whether you are seeing a giant battle, an epic montage, or just two Harfoots sitting in the woods talking, you have the largest orchestra that could fit in Abbey Road or AIR studios supporting them, along with the best soloists in the world and a huge choir,” McCreary told Variety.

3. The production values and set Design are fantastic.

The Rings Of Power is anything but cheap. It’s one of the best-looking TV shows I’ve ever seen. Everything from the special effects to the wildly detailed costumes is extraordinary. I gawked a great deal watching the screeners, and those weren’t even 4K and had anti-piracy watermarks all over them!

Shimmering elven cities, sprawling underground dwarven cities, golden-leaved forests and frozen vistas all conspire to make Middle-earth and The Rings Of Power a true feast for the eyes.

4. Rings Of Power keeps the spirit of J.R.R. Tolkien alive.

One thing a lot of people have been concerned about is that this adaptation won’t be true to Tolkien’s work. On the one hand, that’s true. Amazon has adapted the appendices to The Silmarillion, and the only way to do that and make it a palatable TV show is to make a lot of changes. (Some people are also concerned deeply with the diverse casting and claim this means it has a ‘woke agenda’—something I find spurious at best).

The good news is that this show, at least in its first two episodes, stays faithful to Tolkien’s themes, if not the letter of his writing. Friendship, steadfastness, courage, honor, the importance of good men to stand vigilant when evil rears its ugly head—all this is present in The Rings Of Power.

5. There’s some great mystery to keep you guessing.

Without spoiling any of the show, I can tell you that some of the mysteries introduced in the first two episodes will keep you guessing, and should make for some fun fan theories and debates over the next six weeks . Some of these mysteries include a mysterious stranger encountered by some of our heroes, who may or may not be connected to The Lord Of The Rings.

And then there is The Enemy—Sauron—who we know can shape-shift and look however he pleases. Could he already be there right before our noses, hiding in plain sight disguised as one of the characters? These and other mysterious should keep the show fresh and interesting week after week—another advantage of an adaptation that doesn’t flinch from making some changes to the original stories. 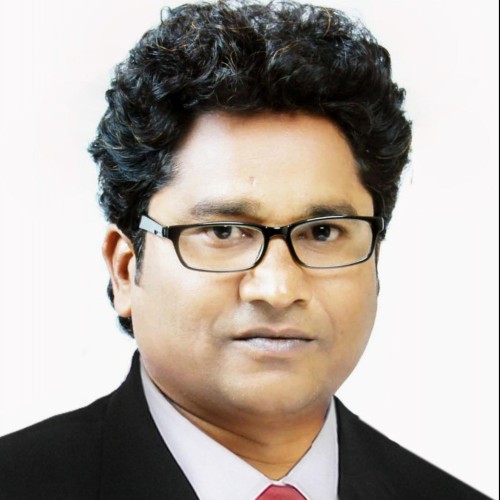